Solved [No FlatPages matches the given query] #Django

After following most of the solutions provided, the most important factor you should consider that is not indicated in the django docs is that of SITE_ID = 1.

By default Django provides on the admin panel for Sites, "example.com" . When adding flatpages one may tend to add his own site and most tutorials will dictate that you use SITE_ID = 1 on settings.py . 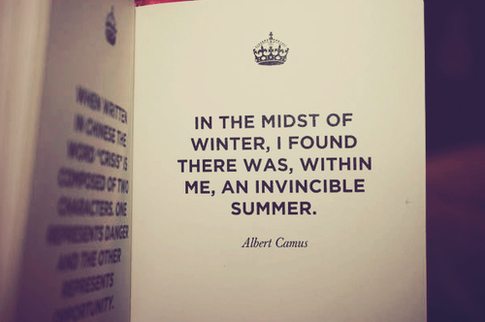 Today was just the day that I felt that feeling. What feeling? Yea that feeling that makes you feel as if you don't believe in your self. Fear Not, for as I was reading some book I stumbled upon some words.
Words that will fill you with inner peace.

Waking up, its morning and you have this feeling, you don’t want to code, you don’t want to watch a movie,  not even facebook and twitter can help. A little help maybe from De'Angelo maybe will do the trick, but nothing seemed to catch my attention on Quora.

Have you ever been in this kind of situation, man this is the time you remember, hip hop songs like "I Don't Like".  Apparently Kenya is playing in the Wellington7s and we have just won all our 3 pool games and now we are off to the Quarters. So this was news, however no news to actually make stop feeling this feeling, I am calling it this because I don't even know what kind of feeling am experiencing.


I mean Kenya in the past series has been doing good stuff, so qualifying to the quarters isn't something new. We are used to this kind of news. Any way Kenya advances to the quarters to meet South Africa and everyone has their fingers crossed.

Kenya, goes to the Quarters and just defeats South Africa. So how did that happen, I don't know. Then we are off to the Semi and we are supposed to face NZ. Damn!!! This was one heck of a series. The game begins and at half-time we are 14-0, NZ have the lead. Here's the fun part Kenya come to this fulfilling comeback and declare why they are the fighters. Have you heard about the Maasai morans if you haven’t please Google it!!!!! That's how our boys fought and they came home with the .....W......

Kenya comes from behind converts all their 3 tries and the score is 21-19 at the end. We are off to the finals. Who are we to meet ? England... 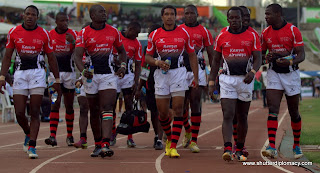 Kenyan Morans walk into the finals with all their umph alongside and they fall short to two tries from England with 12-0 on the scoreboard, the Morans come in from no where and equalise it to 12-12 at half-time. Now that's a fight, don't you think? Kenya comes again and put's another try and converts it to have 19-12 .

It full time but i don’t understand why the  hooter doesn’t go off, then our player is sin-bined, we have only 5 boys on the pitch and some English player knocks the ball, its supposed to be game over, but game goes on. We finally lose to a try from another English man and since the game was in sudden death mode, the first try commands victory, England takes it.

I don't know what that is supposed to be, but Kenya has just shown the world that they are back and lets see if they will now give us unfair play at LasVegas7s next week. This was Kenya's 2nd time to reach the finals since 2009.

Was I hacking or being hacked?

Its been a week since i last posted anything here. Don't worry folks, its the examination fever and Oh My Gosh!!! as my friend Ponkshi likes to put it, how can i have time to blog when all i could think about is not getting a 'D' on my transcript.

End Of Sophomore
One thing we have to know is that every beginning has to have an end my Sophomore year just came to an end. What an year it has been? Made a lot of cool friends, The 'Mayor' on top of the list, Ponkshi, Biggie, Amateur , Msovti , Alpachino, Reezy and how can I forget the main man , Tom1mt. This guys made my last semester one of the most epic. Come to think of it one of the most epic...

Hackathon
So after, the exams what a better way to relax than to attend a hackathon. All i can remember before starting the hackathon was Einstein saying "Imagination is more important than knowledge." So I come up with this wild idea and I go up ahead and present it, everyone gives me there 5 minutes and at the moment, you feel like you own everyone, because everyone is busy trying to understand what I am talking about.

Hacked
Its time to vote for the best ideas in the building and apparently nobody shows up for my idea. So I hit the 'Mayor' up and i ask him, hey come up and help me out on this one. The Mayor shows up and since he is the lead developer, I ask update him on my idea and he is like. Do you remember when the Winklevoss approached Zuckerberg about Harvard Connect and there was nothing that made it different from Friendster and MySpace? Oh yea I remember.... So without thinking hesitating i saw his point and it hit me, why dont we try something else.

Zuckerberg Effect
So after the Mayor reminding me of that occurence, we did not hesitate and immediately we started working on the our baby. Since the 'Mayor ' is a Pythonista it was definate which language we were going to use. In a minute or so Reezy was in the building and joined our group, he was to handle user experience. Cliff was another Pythonista making us three now, and we were now good to go.

Let the Hacking Begin.
By this time almost every group had gone very far with their ideas, so we new we had to write tonnes of code and finish by morning. We started by doing and analysis and design and we were good to go.

Codejam
It was one crazy night, because you are chasing time and you are coding and there is something else that is after you, Sleep. At about 3.00 am in the morning, sleep had taken most individual in the group, but we had the 'Mayor' who didn't even stop a bit, not even a wink, all that he experienced were wide long yawns that could swallow you alive. I hope you are getting the picture.

Morning
Its now morning and the 'Mayor' is feeling tired having not slept in the night just doing the design and prototype of the web application and there he was with a complete version of the app.

As I write this i am preparing the presentation our application. So you will allow me to leave you for a bit and when I come back I will show tell you what went down.